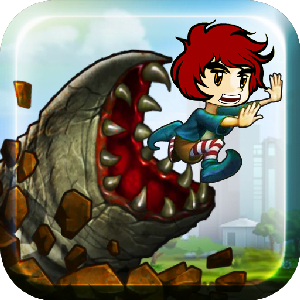 Action and adventure, Games, Other

Third Soul is the company responsible for presenting another great game with a very unusual theme for you to enjoy through your mobile device. It’s about the chance to download City Worm, a copy that has been released to the market and has obtained a lot of downloads, since you’ll have to be in charge of feeding and controlling a monster, feed with whatever you find in your path. City Worm belongs to the Other category, although it also has action and adventure features. If you are interested in installing the game, you will only have to click on the download link that is located at the end of the note.

In this game a monster worm is buried under the city, the monster destroyed the city, he ate the people he met, this caused panic in the city and people ran to a safe place. Without food, the worm would die soon. As the monster ate more and more things, the monster began to eat other things that were outside of people’s expectations, for example. plane, soldiers. You should help the monster to eat people and other things, the more the monster eats, the faster and more powerful it will be. Now you are controlling the monster, so be careful.

City Worm is available on mobile devices that have a Windows 8 Mobile operating system or with later versions.